Isaac is a second-year Computer Science student from Ottawa in the algorithm stream. 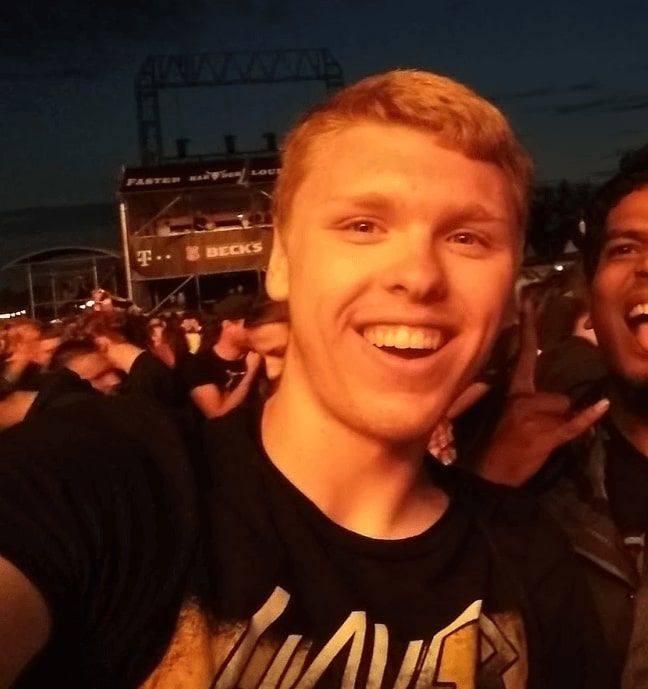 With the dire situation in Ottawa and the amounting of cases, the city and quite frankly, anywhere, can get pretty lonely sometimes. Thankfully Computer Science students seem to hold their ground during the pandemic as our species seems to never poke our heads out of the safety and warmth of our rooms. However, as comparable as we are to the furry little groundhogs at Carleton, our lifestyle is still being affected more than meets the eye, especially in our classes. To speak on the effect COVID-19 has on Computer Science students, please welcome the one and only Isaac Bragg Gardiner!

Let’s get to know Isaac!

Isaac is a second-year Computer Science student from Ottawa in the algorithm stream. He works in the field at a game company known as Vortex Games, based in the US. Currently, Isaac is in the process of building a fighting game called Rushdown Revolt that is backed by Kickstarter and played by some of the most notable Smash Players out there. Not only is he already a seasoned CS veteran by his second year, he is also very passionate about hacking (that’s right, watch out everybody!) and robotics, having been to DefCon as well as competing in Robotics competitions, respectively.

Some fun facts about Isaac outside of the field: Did you know Isaac can sing the alphabet backwards and memorized 52 digits of pi? I sure didn’t! Apparently, he can also solve Rubik’s cubes up to 9x9x9, wow!

Let’s get down to the Nitty Gritty: the Interview!

How do you think we, as computer scientists, are adapting to online classes?

“So for me, game development definitely helped me for sure, but that’s really just me. I think that self-learning is a huge part of computer science since computer science is quite malleable. There would be an arsenal of resources out there for self-learning if you wanted to learn like a new language per se or even just techniques and algorithms. Some places I’d recommend newer students to go to could be like Code Academy, like Geeks for Geeks, for example. Now don’t get me wrong, although I love computer science profs at Carleton. They teach really well, but there is a little bit of truth behind the “Khan Academy Indian YouTuber meme,” where they explain everything very fluently. But in essence, I think, for the most part, we as computer scientists are doing fine in the face of the pandemic and online classes so far.”

How do you think computer scientists are dealing with mental health issues, and what can we do?

“Well, there’s a possible chance that since courses are online, people feel that there is actually more work to do lately, but honestly, that could just be a placebo. But even if it is just a placebo effect, it doesn’t mean students are less stressed out about their workload than before, resulting in difficulty dealing with mental health. Since classes are all online now or asynchronous, communication with profs or TAs is at a minimum, so not being able to clarify assignments or lecture material can build onto that stress as well. I’d say that most of us are dealing with the pandemic fairly well, but I have no grounds to really base that on in reality. I would just say that I have noticed more people using more non-adaptive coping mechanisms lately, but that’s all just purely anecdotal, and I’m not even quite sure that it is because of COVID. But an underlying recommendation to all students is to just take some time to yourself and figure things out on your own.”

“An important thing I found is that I’ve noticed across all boards that those who enjoy computer science or their program are doing the best in terms of mental health. This could, in part, be a big wake call to some and may help people realize whether or not their program is fit for them.”

How do you think Computer Science clubs/societies get more people involved?

“I know from what I’ve seen across all the Discord channels for computer science, I’ve come to the conclusion that the most successful (or maybe busiest?) people tend to just be chatting with others on Discord, not necessarily just hopping from event to event. I mean, events are useful and all, but somehow I’m starting to believe that it’s actually even more important to get people talking, not just working. This could be implementations of a ‘question of the day’ type of thing or even discussions about recent events about computer science events in the news. Basically, I think the answer is to just get people talking, really.”

What do you think are the benefits of side projects, and how can we motivate ourselves to start?

“See, I think people have the wrong mentality about side projects, I am under the impression that most people see side projects as just extra work they wouldn’t have time to do anyways, but I’d say it’s more than that: side projects are the chance to flaunt yourself off. There are TONS of benefits to side projects, and they’re pretty much required to get the pick of the litter jobs out there; it’s what gives you an edge over the other 500 students in your program.”

“Getting started is the hardest part, but my advice is to first find something you’re interested in. This could mean that if you’re in the algorithm stream, do an algorithm program, etc. Next, break up your project piece by piece. This way, you can build confidence in yourself when you see your progress amp up piece by piece, starting from a prototype. There’s just something about looking at your achievements on Github and getting that fuzzy feeling. Lastly, side projects can be daunting, so when I say this, I really mean it: you may NEED some help. Don’t be afraid to ask people for help on the Discord channels, check Google or even talk to your prof about it.”

How do you deal with procrastination?

“Well, I mean, there is definitely not one way to deal with it by any means, but it’s mostly about knowing yourself and finding yourself through a probing process. For me specifically, I set a time when I work and do all my work then, which kinda requires me to wake up at the same time every day regardless of when my first class is. This is really good for your circadian rhythm, and it doesn’t even mean you have to do schoolwork at that time. Having that free time after your scheduled working time can help motivate yourself to work more.”

That’s a wrap, everybody! Hope you got something out of this so we can continue our ongoing battle with COVID!